How we became slaves to oil

The biggest threat to the water supply of the world comes from the petrochemical industry.

One way or another, oil (in the form of gasoline and diesel fuel) is involved in everything we do and as the price rises, our standard of living declines.

It just happened that way, right?

There was no alternative and we’re only just starting to get a glimmer of potential alternative fuels sometime way out in the future, right?

The first cars ran on a non-toxic, renewable substance that we can create in our own communities for about $1 a gallon.

So why aren’t we using it?

Posted by Donna Sorensen/jas2maui at 1:16 PM

NaturalNews has received information directly from an American who happened to be in Tokyo at the time of the nuclear incident and who also happens to have a background in atomic energy and nuclear reactors. He has sent us some extremely disturbing information that seems to indicate the situation with the reactors in Japan is far, far worse than what the conventional media is describing. We are not releasing this individual's name for obvious reasons (he's still in Tokyo and virtually unreachable), but he is an individual who is known to me personally and with whom I have spent a considerable number of hours over a period of two years. He is a very high-integrity individual and someone who is also extremely well connected in the world of advanced medicine.

In an email sent from Tokyo, this individual explains:  Read More
Posted by Donna Sorensen/jas2maui at 1:11 PM

What Can The Japanese Tsunami Teach Us About Prepping For Disasters And Emergencies? 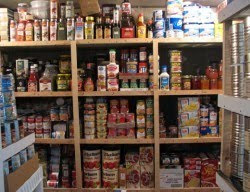 The Japanese tsunami is a crystal clear example of just how unpredictable disasters and emergencies can be.  Nobody ever dreamed that a tsunami in Japan could wash cars, homes and people up to 6 miles inland.  But that is exactly what happened.  So while it is great to make elaborate preparations for potential disasters and emergencies, it is also absolutely essential to have backup plans.  After all, what good is all of that emergency food that you have stored up going to do if a massive tsunami comes along and rips your house off the foundation and deposits it into the sea?  Not that all of us shouldn't be busy prepping.  Of course we should be.  All over Japan right now the supermarkets are being stripped bare.  Don't you think that many of those people are wishing that they had stored up some food?  It is those that prepare that have the best chance of surviving disasters and emergencies.  No plan is foolproof, but having a plan is much better than not having a plan.   Read More
Posted by Donna Sorensen/jas2maui at 12:47 PM

With the world on fire, the President goes AWOL again 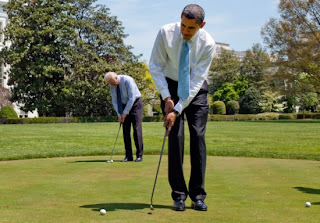 History tells us that Nero fiddled while Rome burned, but Barack Obama is providing the famous emperor with some serious competition when it comes to going AWOL while America and the world face crises the likes of which haven’t been experienced in decades.

Even as the situation at the stricken Fukushima nuclear plant continues to worsen by the hour, and as radiation surges across the Pacific towards the U.S. west coast while Americans panic buy supplies of potassium iodide, President Obama seems remarkably sanguine about the whole affair.

While protests and civil wars rage in Libya and Bahrain, Obama is keeping himself busy by videotaping his NCAA tournament picks, hitting the golf course for the 61st time in his presidency, and partying with lawmakers during a Chicago Bulls vs. Charlotte Bobcats game.

The most energy Obama could bother to devote to what is fast coming one of the biggest nuclear disasters in history was to make an empty statement about how people could donate to usaid.gov, while labeling the NCAA exercise a “great diversion.”  Read More
Posted by Donna Sorensen/jas2maui at 12:30 PM