Heritage does an excellent job explaining the power hold that public sector unions have with collective bargaining:

Posted by Donna Sorensen/jas2maui at 5:58 PM

There Are No Good Outcomes

"The Federal Reserve and crooked politicians only care about their comrades in the top 1% elitist society, for whom oil is an investment, not an expense." 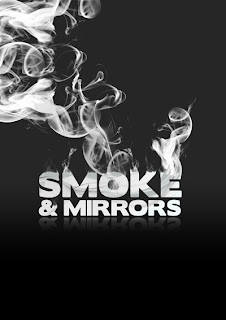 The political class and their mouthpieces in the corporate controlled mainstream media are desperately trying to spin the oil price surge as a temporary inconvenience that will not derail their phony recovery story. Brent crude closed at $116 per barrel yesterday. West Texas crude closed at $104 per barrel. Unleaded gas has risen by 22% in the last month and 60% since September 1, 2010. I’m sure this slight increase hasn’t impacted Ben Bernanke or Lloyd Blankfein. Their limo drivers just charge it to their unlimited expense accounts. Joe Sixpack, driving his 15 mpg Dodge RAM pickup, is now forking over an extra $1,200 per year in gas expenditures, not to mention more for everything impacted by oil such as food, utilities, and anything transported to their local Wal-Mart by truck (everything). Luckily, the Federal Reserve and crooked politicians only care about their comrades in the top 1% elitist society, for whom oil is an investment, not an expense.  Read More
Posted by Donna Sorensen/jas2maui at 10:21 AM

Who is the TMPG, and why should I care??? The Treasury Market Practices Group (TMPG) is made up of various market participants (representing custodial banks, investment “banks”, hedge funds, etc.. ) and attended by Brian Sack and six other representatives of the Federal Bank of New York. This group is nothing more than the financial equivalent of a free market death panel. (Is this sensationalism? Maybe? Maybe not? …but no less than the GOP’s spin-“doctoring” of socialized healthcare!) First I will give the background of what the TMPG does. Next I will take you on a journey of how they are actively/inactively working on policing (or “policy-ing”) the financial system. (This journey will involve my real life interactions with their members and the results of their action/inaction.) Finally, I will flesh out what this means to you.  Read More
Posted by Donna Sorensen/jas2maui at 10:17 AM 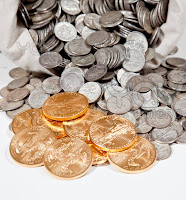 "Many states have legislation like this in the works, but I think that without ample trade networking and organizing taking place, lawmakers will not put it on the fast track. The States have to see that gold and silver trade is taking off with or without them. If they don't get in on the action, they will be left in the dust. If a legislator introduces a sound money bill to your state, get your friends, family, and barter network to call and write non-stop. Let your state know sound money needs to be taken seriously before it is too late...."

Its been nearly 80 years since the U.S. stopped using gold coins as legal currency, and nearly 40 since the world abandoned the gold standard, but the precious metal could be making a comeback in the United States -- beginning in Utah.

The Utah House was to vote as early as Thursday on legislation that would recognize gold and silver coins issued by the federal government as legal currency in the state. The coins would not replace the current paper currency but would be used and accepted voluntarily as an alternative.

The legislation, which has 12 co-sponsors, would let Utahans pay their taxes with gold and also calls for a committee to study alternative currencies for the state. It would also exempt the sale of gold from the state capital gains tax....
Posted by Donna Sorensen/jas2maui at 10:04 AM 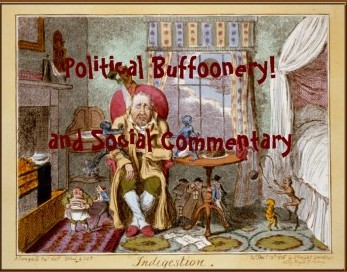 Mark says that since unemployment fell .1%, it’s time to celebrate! Don’t worry that it’s statistically insignificant, what really matters is that Obama with all of his pro-growth policies has driven unemployment below 9%. That’s a feat that every President should want on their resume!


To Listen
Posted by Donna Sorensen/jas2maui at 9:40 AM