Rep. Allen West is trying to understand why the White House is forcing disclosure of political donations prior to federal contracts being awarded: 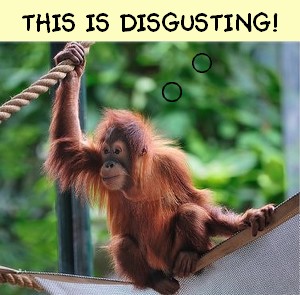 "I literally laughed until I cried when I read this headline. Not that sexual assault is funny, but it just tickles me to see a globalist proponent of world currency and world government finally exposed for what he really is; a lunatic with wandering hands! These are the people that want to rule the world, folks! A bunch of rapists and murderers, parading as "philosopher kings"! Time to wake up..."


IMF chief and possible French presidential contender Dominique Strauss-Kahn was taken into police custody and is expected to be charged on Sunday with an alleged sexual assault of a hotel maid in New York City, police said.

Strauss-Kahn, a key player in the world's response to the 2007-09 financial meltdown and in Europe's ongoing debt crisis, was removed from an Air France plane 10 minutes before it was to take off for Paris from John F Kennedy International Airport, New York police spokesman Paul Browne said.

Browne said police expected Strauss-Kahn would be formally arrested and charged: "He will be charged with a criminal sexual act, attempted rape and unlawful imprisonment."

A lawyer representing Strauss-Kahn, Benjamin Brafman, told Reuters in an email that the IMF chief "will plead not guilty." Brafman made no further comment...  Read More
Posted by Donna Sorensen/jas2maui at 10:35 AM