Gold & Silver Coins to Be Legal Currency in Utah

“We’re too far down the road to go back to the gold standard,” Galvez said. “This will move us toward an alternative currency.” 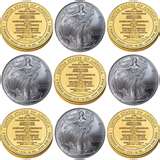 SALT LAKE CITY (AP) — Utah legislators want to see the dollar regain its former glory, back to the days when one could literally bank on it being “as good as gold.”

To make that point, they’ve turned it around, and made gold as good as cash. Utah became the first state in the country this month to legalize gold and silver coins as currency. The law also will exempt the sale of the coins from state capital gains taxes.

Craig Franco hopes to cash in on it with his Utah Gold and Silver Depository, and he thinks others will soon follow.

The idea is simple: Store your gold and silver coins in a vault, and Franco issues a debit-like card to make purchases backed by your holdings.

He plans to open for business June 1, likely the first of its kind in the country.

“Because we’re dealing with something so forward thinking, I expect a wait-and-see attitude,” Franco said. “Once the depository is executed and transactions can occur, then I think people will move into the marketplace.”

The idea was spawned by Republican state Rep. Brad Galvez, who sponsored the bill largely to serve as a protest against Federal Reserve monetary policy. Galvez says Americans are losing faith in the dollar. If you’re mad about government debt, ditch the cash. Spend your gold and silver, he says.  Read More
Posted by Donna Sorensen/jas2maui at 10:50 PM

In other words he wants Israel cut in half.

Question: What would President Cain offer the Palestinians to make peace?

Filed under “The Cain Doctrine.”

It wasn’t that long ago that the deluded voters of California so loved their Governor – a womanising, bodybuilding actor, perfect qualifications for West Coast leadership – that 65 per cent of them supported him, and a number of influential Americans were calling for the US Constitution to be hurriedly changed so that Arnie might make a run for the White House.

One of them was his poor wife Maria Shriver. Part of the Kennedy dynasty, she might have known politics, but she didn’t know her man. When some Silicon Valley bigwigs started spending money on the campaign to have her husband for President, Shriver agreed. “Absolutely” there should be an amendment to clear the way for Schwarzenegger to run.

Syndicated radio host Alex Jones, once a Republican, saw things differently: “He’s a bully and a preening peacock who is totally power-mad,” he said. “For God’s sake, don’t let this megalomaniac become president.”

Jones was right. Shriver was wrong. And what a price she has paid – her children growing up in a house alongside their housemaid’s son, also Arnie’s offspring.

By now Shriver must know the absurdly ambitious Schwarzenegger has cunningly manipulated her, probably since they first met in 1977, their relationship starting, of course, when he was deeply involved with another.
Read More
Posted by Donna Sorensen/jas2maui at 12:07 PM

Is the US Driving the World Towards World War III: Osama’s Alleged Compound. How Many SEALs Died?

"In America we have reached the point where anyone who tells the truth is dismissed as a “conspiracy theorist” and marginalized." 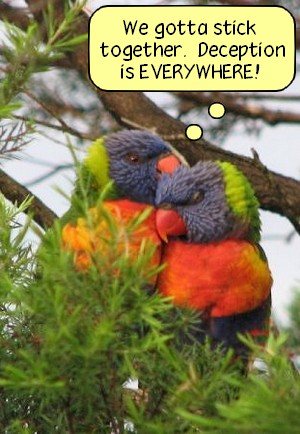 May 22, 2011
By Paul Craig Robert
Prisonplanet.com

In a sensational and explosive TV report, the Pakistani News Agency has provided a live interview with an eye witness to the US attack on the alleged compound of Osama bin Laden. The eye witness, Mohammad Bashir, describes the event as it unfolded. Of the three helicopters, “there was only one that landed the men and came back to pick them up, but as he [the helicopter] was picking them up, it blew away and caught fire.” The witness says that there were no survivors, just dead bodies and pieces of bodies everywhere. “We saw the helicopter burning, we saw the dead bodies, then everything was removed and now there is nothing.”

The Pakistani news report is available on You Tube. The Internet site, Veterans Today, posted a translation along with a video of the interview. And, Information Clearing House made it available on May 17.

If the interview is not a hoax and the translation is correct, we now know the answer to the unasked question: Why was there no White House ceremony with President Obama pinning medals all over the heroic SEALs who tracked down and executed Public Enemy Number One?  Read More
Posted by Donna Sorensen/jas2maui at 12:02 PM

Read More
Posted by Donna Sorensen/jas2maui at 11:35 AM