Posted by Donna Sorensen/jas2maui at 10:19 AM

A Nation Enslaved To Debt 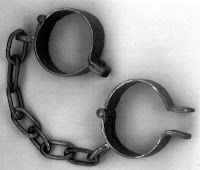 Everything that you own is slowly being taken away from you. It is being done purposely and it is being done by design. Many Americans like to think of themselves as "well off", but as will be demonstrated below, we don't "own" nearly as much as we think that we do. The truth is that most of us have to frantically run around accumulating wealth as rapidly as we can so that we can somehow stay ahead of the rate that wealth is being taken away from us. The entire system is designed to take what you have away from you. There are many ways that this is accomplished - taxation, inflation, debt, interest, fines, fees, tickets, government seizures and good old-fashioned corporate greed. If you tried to just sit back and do nothing but hold on to the wealth that you already have you would find out that it would disappear rather quickly. When you take the time to really analyze our system the conclusion is undeniable - everything that you think that you own is being systematically taken away from you.

There is a reason why the wealthiest one percent of all Americans control 40 percent of all the wealth in the United States. The system is designed to funnel all of the wealth to them and to the government. Average Americans are experiencing a declining standard of living and it is not by accident.

Just check out some of the ways that our wealth is being taken from us....  Read More
Posted by Donna Sorensen/jas2maui at 10:04 AM 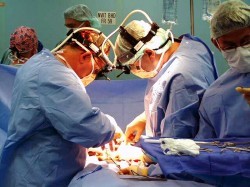 What is the appropriate word to use when you find out that the top executive at the third largest health insurance company in America raked in 68.7 million dollars in 2010?  How is one supposed to respond when one learns that more than two dozen pharmaceutical companies make over a billion dollars in profits each year?  Is it okay to get angry when you discover that over 90 percent of all hospital bills contain "gross overcharges"?  Once upon a time, going into the medical profession was seen as a "noble" thing to do.  But now the health care industry in the United States has become one giant money making scam and it is completely dominated by health insurance companies, pharmaceutical corporations, lawyers and corporate fatcats.  In America today, just one trip to the hospital can cost you tens of thousands of dollars even if you do not stay for a single night.  The sad thing is that the vast majority of the money that you pay out for medical care does not even go to your doctor.  In fact, large numbers of doctors across the United States are going broke.  Rather, it is the "system" that is soaking up almost all of the profits.  We have a health care industry in the United States that is fundamentally broken and it needs to be rebuilt from the ground up.
Read More
Posted by Donna Sorensen/jas2maui at 9:55 AM

Cornel West and Piven are dangerous...admit to riots and social chaos

Beck Was Right She Is Dangerous: Cornel West & Piven Admit RIOTS & Social Chaos Was What She Was Writing About After Denying in Dozens of Interviews

Posted by Donna Sorensen/jas2maui at 9:40 AM