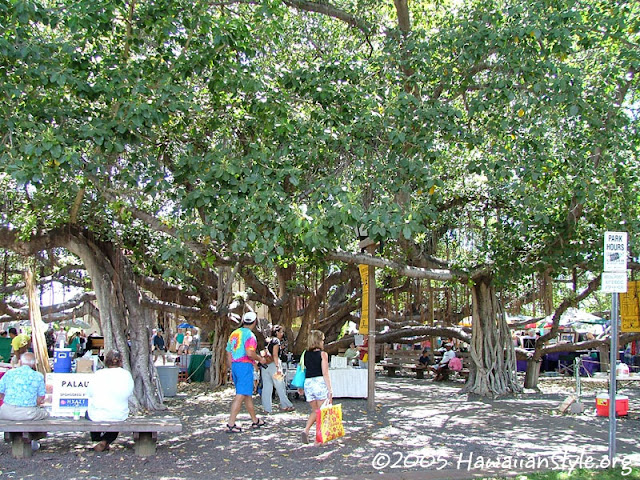 "From the Jodo Mission to Mala is like a safe zone for druggies," said Lahaina resident Paul Laub. "They steal things. They harass people. It's a free zone."

Donna Soares, general manager of the Wharf Cinema Complex, cited nuisance problems with drunken and disorderly people, including some who urinate in Banyan Tree Park.

A woman who works at the Lahaina Public Library said a "new influx of derelicts" has resulted in people using the library lanai as a bathroom, as well as drug use at adjacent Library Park.

"There's nothing worse than reading story time to a 3rd-grade class and smelling all the drugs coming in," she said. "We really do need help."  Read More
Posted by Donna Sorensen/jas2maui at 10:22 AM 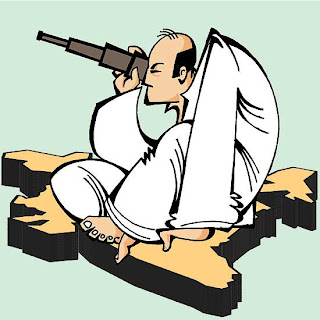 President Obama is putting plans in motion to give the Commerce Department authority to create an Internet ID for all Americans, a White House official told CNET.com.

White House Cybersecurity Coordinator Howard Schmidt told the website it is "the absolute perfect spot in the U.S. government" to centralize efforts toward creating an "identity ecosystem" for the Internet.

The National Strategy for Trusted Identities in Cyberspace is currently being drafted by the Obama administration and will be released by the president in a few months.

"We are not talking about a national ID card. We are not talking about a government-controlled system. What we are talking about is enhancing online security and privacy, and reducing and perhaps even eliminating the need to memorize a dozen passwords, through creation and use of more trusted digital identities," Commerce Secretary Gary Locke said at an event Friday at the Stanford Institute for Economic Policy Research, according to CNET.com.

Locke added that the Commerce Department will be setting up a national program office to work on this project.

"The government cannot create that identity infrastructure," Jim Dempsey of the Center for Democracy and Technology told the website. "If I tried to, I wouldn't be trusted."

Schmidt stresses that anonymity will remain on the Internet, saying there's no chance that "a centralized database will emerge."
Posted by Donna Sorensen/jas2maui at 10:02 AM

History Channel pulls the plug on 'The Kennedys' 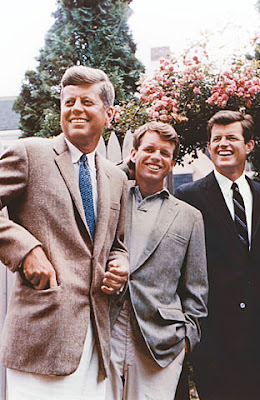 It is hard to avoid deep suspicion that political pressure has been brought to bear on The History Channel to cancel broadcast of the multi-million dollar 8 part miniseries, "The Kennedys." An exclusive report in The Hollywood Reporter contains precisely the sort of language one might use if trying to avoid saying the obvious -- that the Kennedy clan retains powerful showbiz and political clout that could make life very uncomfortable for those damaging the Camelot myths.


"Upon completion of the production ofThe Kennedys, History has decided not to air the 8-part miniseries on the network," a rep for the network tells The Hollywood Reporter in a statement. "While the film is produced and acted with the highest quality, after viewing the final product in its totality, we have concluded this dramatic interpretation is not a fit for the History brand."

A network that features programs on pawn shops, ice road truckers, and space alien encounters suddenly decides, after spending millions of dollars, that the product doesn't fit the brand? C'mon. THR notes that the series producer Joel Surnow (who did 24) is regarded as a conservative, and that:  Read More
Posted by Donna Sorensen/jas2maui at 9:01 AM 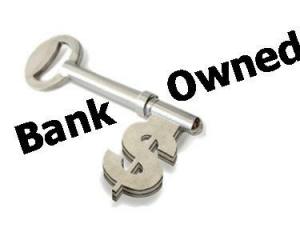 In a ruling that could escalate the mortgage problems facing banks, the Massachusetts Supreme Court on Friday voided two foreclosures because the banks failed to show the proper paperwork to prove they owned the loans.


The Massachusetts court is the highest to rule on the issue, providing ammunition to borrowers in other states who will almost certainly use the decision as a precedent to seek similar rulings and perhaps bring a similar case before the Supreme Court.   Read More
Posted by Donna Sorensen/jas2maui at 8:49 AM 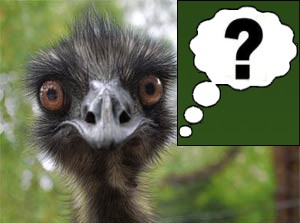 Disease behind deaths of 100,000 fish in Arkansas River

At least nine incidents of mass animal deaths across the globe

Hundreds of confused birds plummeted to their deaths in multiple locations in the U.S.

Thousands of dead turtle doves rained down on roofs and cars in an Italian town in the latest in a growing spate of mass animal deaths across the globe.


Residents in Faenza described the birds falling to the ground like 'little Christmas balls' with strange blue stains on their beaks.

Initial tests on up to 8,000 of the doves indicated that the blue stain could have been caused by poisoning or hypoxia.
Read More
Posted by Donna Sorensen/jas2maui at 8:39 AM

The Investigations Begin: Holder on the Hot Seat in Black Panther Case 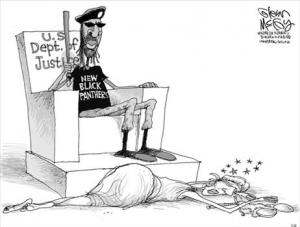 New Congressional leaders have begun their investigations into the most potent scandal facing the Obama administration, one that seems destined to expose injustice at the highest levels of government. Rep. Lamar Smith, R-TX, the new chairman of the House Judiciary Committee, has opened a probe into the Justice Department’s handling of the Black Panther case in a letter to Attorney General Eric Holder. Smith is looking into whether the case’s dismissal, and the underlying culture of the department’s Voting Rights division, show a decision to deny justice to a broad category of Americans based on race. In the five-page letter, Smith writes, “Allegations that the Civil Rights Division has engaged in a practice of race-biased enforcement of voting rights law must be investigated by the Committee.”  Read More
Posted by Donna Sorensen/jas2maui at 8:27 AM