The deficits we face are a dagger pointing at the heart of the American economy
By Mortimer B. Zuckerman
Posted: November 29, 2010 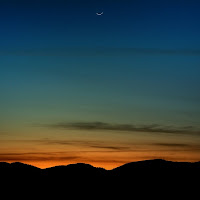 Myopic self-indulgence.  It is nearly a century since that gloomy German mathematician and philosopher Oswald Spengler published his 1918 classic The Decline of the West.

His thesis was that civilizations had an underlying trajectory, an organic rise and fall; his metaphor was to compare the stages of this process to the stages of our seasons—but seasons of many centuries. In the 19th century we were, he suggested, in the winter of the West, witnessing the triumph of materialism, socialism, and money and that the era of individualism, liberty, and humanitarianism was nearing its end.

Among Spengler's convictions was that money, instead of serving mankind, would betray the Western civilization as it had others—and money in politics and media especially.

Demography is destiny. As a result, there is a burgeoning consensus that we are witnessing an inevitable rise of the East and a decline of the West.

The Danger of a Global Double Dip Recession Is Real - US News and World Report
Posted by Donna Sorensen/jas2maui at 8:37 AM