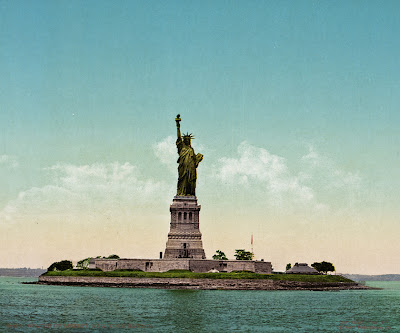 An excellent well written article..."The Liberty Movement’s interest lay not just in the chaos of the present moment, but in the clarity of a possible future; one in which man’s individual sovereignty is valued, rather than feared."

Generally, when one is in the midst of national tragedy, unspoken but expected rules of social conduct tend to take effect. These rules require us to engage in a chorus of collective theater in which every person must act out their best teary-eyed monologue. We suddenly feel obliged to showcase for the world how much more empathetic we are to the plight of the victim or victims than others, or, we simply silence our dissent so that we might avoid appearing “insensitive” to the fads of cultural grieving. That is to say, if you dare to question the honesty behind the sobs, the outrage, or the reactionary zealotry of the ideologues hell bent on exploiting the latest calamity to their own benefit, then you are usually branded as monstrous as the villain or villains who carried out the terrible event in the first place.

Will we see a repeat of 1995? Will the event be wielded like a precision blade to cut down the Liberty Movement and the independent educational apparatus we have worked so hard to build? Not this time…

Neither the Giffords shooting, nor any other nationally condemned attack will derail the current social climate, or the Liberty Movement itself. Here’s why…