Preserving States' Rights and the Constitution 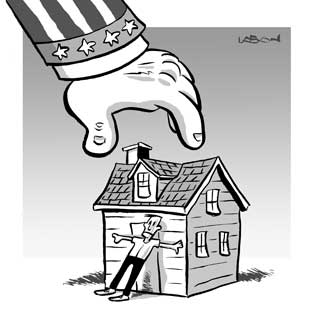 January 19, 2011
Preserving States' Rights and the Constitution
By Bruce Walker

The disintegration of states is the gravest problem we face. The omnipresent federal government means that Americans can no longer run from tyranny by leaving one state and moving to another. The transfer of power from state government to some nebulous "people" means that we have democracy, a very unhappy form of government.

What can be done? Well, states can propose constitutional amendments without going through Congress. Two-thirds of state legislatures may call a constitutional convention. Although many conservatives fear this approach to amendment, if the terms of the resolution provided that members of the various legislatures themselves were the members of any constitutional convention and limited the action of that convention to approval or disapproval of a single amendment, then the chances of true restoration of states' rights would be solid.  Read More
Posted by Donna Sorensen/jas2maui at 10:31 AM