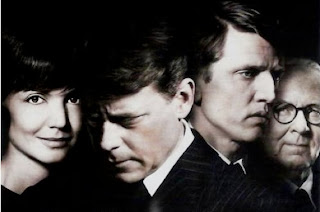 The producers of the miniseries "The Kennedys" that was orphaned when the History Channel's parent company refused to broadcast it after pressure was brought by the Kennedy family has found a home.

After a three-week journey, The Kennedys has found a home.

The controversial miniseries will world premiere on April 3 on the ReelzChannel, The Hollywood Reporter has learned.

Producers of the ambitious project from 24 executive producer Joel Surnow and writer Stephen Kronish have struck a deal with the independent, family-owned cable network to air the 8-part miniseires, which was abruptly yanked from the History channel on January 7 amid pressure from the Kennedys over its depiction of the political family. At the time, History owner A&E Television Networks told THR that "after viewing the final product in its totality, we have concluded this dramatic interpretation is not a fit for the History brand."

But it is certainly a fit for ReelzChannel, a 4-year old independent cable channel owned by Minnesota-based Hubbard Communications that is available in 60 million homes nationwide on services including DirecTV, Dish Network, AT&T, Time Warner Cable, Comcast and Charter Communications.  Read More
Posted by Donna Sorensen/jas2maui at 9:19 AM