Millions of Israeli civilians are within rocket range. 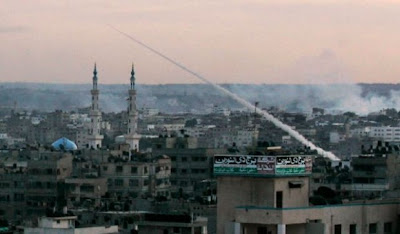 JERUSALEM (AP) — A new defense system meant to protect southern Israel from Gaza militants’ rockets will go into operation on Sunday, the Israeli military said, after weeks of stepped-up rocket and mortar attacks that have drawn fears of renewed war. The Islamic Jihad militant group reported that two of its members were killed and another was wounded in an Israeli airstrike early Sunday on Gaza. The Israeli military had no immediate comment on the report.

Gaza militants, including Islamic Jihad and the territory’s Hamas rulers, had said over the weekend that they would cease fire if Israel did. A major problem with that pledge is the inability of the larger groups to control rogue militants from attacking. Israel has said it does not want the violence to escalate. Read More
Posted by Donna Sorensen/jas2maui at 4:32 PM