Obama’s House of Cards is Collapsing!

"If He Wasn’t At Columbia, Then Where Was He? Evidence is mounting that his life is one of deceit, lies, and more lies." 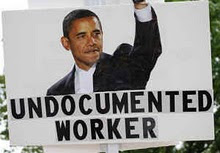 We recently reviewed Obama’s multiple Social Security numbers that investigators uncovered in the article “Whose Identity Did Obama Steal?”. Additionally, they found that he used different social security numbers within a couple of years of each other. Investigators associated social security numbers with addresses where he lived across the United States, and where he didn’t live. His most flagrant use of a card is one that wasn’t issued to him and that he is using today. Orly Taitz has uncovered new information that adds even more evidence proving Obama’s family, history, and integrity are seriously fraudulent. Lies about family associations, friends, college, travels, and work are being exposed with rapidity. The cards in question include his social security card, selective service card, and even his student report card! Evidence is mounting that his life is one of deceit, lies, and more lies.

Recent revelations are highlighted in Orly Taitz’s First Amended Complaint that was just filed. Below are the explosive allegations that were added to her amended lawsuit as well as the evidence to back up her allegations. (The entire lawsuit is available here).

Now it appears Obama lied about his attendance at Columbia! He was only there for 9 months NOT 2 years that he has stated! Where did he go for that other year and what was he doing? Was he taking courses in person at Columbia or was he enrolled in an overseas program? If he traveled overseas what name did he use? How did he get the credits to attend Harvard with only 9 months attendance at Columbia? Was it a Freudian slip when Obama said he went to Pakistan or is that one of the only truthful statements to come out of his mouth? Below if verification of Obama’s limited attendance at Columbia. Perhaps there will be apologies made to Dr. Manning?  Read More
Posted by Donna Sorensen/jas2maui at 4:31 PM