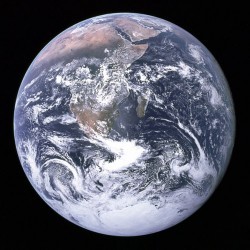 It is not just the United States that is headed for an economic collapse. The truth is that the entire world is heading for a massive economic meltdown and the people of earth need to be warned about the coming economic disaster that is going to sweep the globe. The current world financial system is based on debt, and there are alarming signs that the gigantic global debt bubble is getting ready to burst. In addition, global prices for the key resources that the major economies of the planet depend on are rising very rapidly. Despite all of our advanced technology, the truth is that human civilization simply cannot function without oil and food. But now the price of oil and the price of food are both increasing dramatically. So how is the current global economy supposed to keep functioning properly if it soon costs much more to ship products between continents? How are the billions of people that are just barely surviving today supposed to feed themselves if the price of food goes up another 30 or 40 percent? For decades, most of the major economies around the globe have been able to take for granted that massive amounts of cheap oil and massive amounts of cheap food will always be there. So what happens when that paradigm changes?  Read More
Posted by Donna Sorensen/jas2maui at 7:41 PM