Ponder the meaning of life...reality and not the virtual one

"Although I may be curious about the new media, I'd rather immerse myself in ancient pursuits, such as discovering the meaning of life. I want to drink in as much life as I can in this reality, not the virtual one." 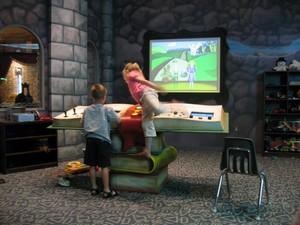 April 13, 2011
My Five Minutes of Fame on Facebook
By Robin of Berkeley

There is a fascinating article from the UK about teenagers going through withdrawal when their wiring was removed for a day. Even though the kids had a landline phone and a book, they still suffered like any addict. They all had overwhelming cravings; one youngster reported itching like a crack head.

Of course, it's not just teens who are hooked these days, but people of every age. While the ever present wiring is altering brain cells, what's more disturbing is the effect on society.

Human beings are not designed to be busy all of the time. I heard a spiritual teacher once say that wisdom is found in the moment between two thoughts. It's only during those blessed moments of quiet when we hear God.

But this culture is phasing out God as surely as last year's iPad. None of this is coincidental. Keeping the masses dumbed down and addicted is all part of the Marxist playbook. A distracted populace won't notice that the country is going down the tubes.  Read More
Posted by Donna Sorensen/jas2maui at 3:01 PM