“They’re focusing on developing, on infiltrating communities within North America.” 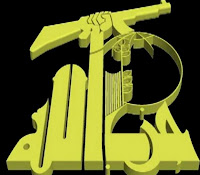 “They are recognized by many experts as the ‘A’ team of Muslim terrorist organizations.”

That’s how a former U.S. intelligence agent described the group Hezbollah to 10News in San Diego. “They certainly have had successes in big-ticket bombings.”

The local news organization interviewed the agent for a story on how Hezbollah has been creeping closer to the the U.S. border, and has now apparently been spotted in the Mexican border town of Tijuana.

“We are looking at 15 or 20 years that Hezbollah has been setting up shop in Mexico,” the agent told 10News.

Why should that concern American? According to him, Hezbollah is far more advanced than the much-feared al Qaeda.  Read More
Posted by Donna Sorensen/jas2maui at 9:48 AM