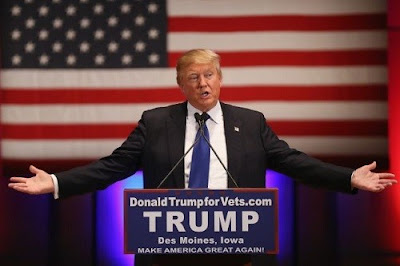 Taking a hard-line position on the outcome of any world changing event is not an easy thing to do, especially when your position is contrary to about 99% of your peers. The chorus of voices telling you that you are wrong (or crazy) is enough to drive most people to simply parrot the majority view and avoid the incessant browbeating. The alternative media and the liberty movement suffer from this problem almost as much as the so-called mainstream does.

That said, you do what you have to do when you see a subversive play unfolding in the geopolitical game that the elites are playing.

During the first half of 2016, I made the "wild" prediction that the Brexit referendum vote would in fact be successful. Only a couple of other analysts in the world made the same prediction, but did so months beforehand and never reiterated their prediction again. I based my prediction, which I stood by to the very day of the vote, on the behavior and rhetoric I had observed among the global banking elites prior to the Brexit. The elites had adopted a steady narrative; the claim that "populists" (conservatives) were about to rise in political power, and that this would lead to the collapse of the financial world.

My theory - elites and globalists were about to open the door for conservatives to take control of a ship that was already sinking. And, once our financial ship sunk, they would blame conservative movements for the collapse that the ELITES had originally created. In other words, conservatives are being set up as scapegoats for a global fiscal crisis that has been decades in the making.

In my post-Brexit analysis article titled 'Brexit Aftermath - Here's What Happens Next', published in June, I stated:

"In light of the Brexit I’m going to have to call it here and now and predict that the most likely scenario for elections will be a Trump presidency. Trump has consistently warned of a recession during his campaign and with the Brexit dragging markets lower over the next few months, he will probably be proven “prophetic.”

....Even if Trump is a legitimate anti-establishment conservative, his entry into the Oval Office will seal the deal on the economic collapse, and will serve the globalists well. The international banks need only pull the plug on any remaining life support to the existing market system and allow it to fully implode, all while blaming Trump and his conservative supporters.

The mainstream media has been consistently comparing Trump supporters to Brexit supporters, and Trump himself has hitched his political wagon to the Brexit. This fits perfectly with the globalist narrative that populists and conservatives are killing the global economy and placing everyone at risk."

In my article '2016 Will End With Economic Instability And A Trump Presidency' I stated:

"I am consistently reminded of the Brexit surprise when I look today at the polling numbers on the U.S. election. The erratic and inconsistent polling shows Trump climbing, then suddenly sinking days later, then climbing again without any clear catalysts. Many polls contradict each other, just as the polls did before the Brexit, and, the same kind of circus atmosphere is present, if not more prevalent.

It may be possible, if not certain, that this is all a game. The Brexit outcome was predetermined, which is how elites like George Soros scored successful investment bets on the referendum passing, and the reason why the Bank for International Settlements gathered central bankers from around the world as the vote was taking place.

I believe that the U.S. presidential election has also been predetermined; with a Trump win."

In my most recent article 'Why The U.S. Presidential Election Has The Entire World Confused' I stated:

"U.S. elections are indeed controlled, and have been for decades, primarily through the false left/right paradigm. However, as I have been pointing out since I correctly predicted the success of the Brexit referendum, I don’t think that Clinton is the choice of the elites."

"To be clear, my position is that Trump is slated to take the White House and that this is by design. This has been my position since before Trump won the Republican Primaries, it was my position when the election cycle began, it has never changed, nor have my views on the reasons for this outcome ever changed..."

I have to say, I received more attacks on my Trump call than I did my Brexit call. The vast consensus was that a Hillary Clinton win was inevitable. It would seem that my position has once again been vindicated (and yes, I am congratulating myself).

The bottom line is, Trump is on the way to the White House because the elites WANT HIM THERE. Now, many liberty proponents, currently in a state of elation, will either ignore or dismiss the primary reason why I was able to predict the Brexit and a Trump win. These will probably be some of the same people that were arguing with me only weeks ago that the elites would NEVER allow Trump in office.

Trump may or may not be aware that he and his conservative followers have been positioned into a a trap. We will have to wait and see how he behaves in office (and he WILL be in office, despite the claims of some that the elites will try to "stop him" before January). My primary point is THAT IT DOES NOT MATTER, at least not at this stage. The elites will initiate a final collapse of the global economy under Trump's watch (this will probably escalate over the course of the next six months), and they WILL blame him and conservatives in general. This IS going to happen. The elites play the long game, and so must we.

While millions of Americans are celebrating Trump's win today, I will remain even more vigilant. The party is just getting started, folks. Don't get too comfortable.

Stay tuned for my next article, in which I will predict the likely trends and changes that will take place through December into 2017. In the meantime, please continue to support Alt-Market so that I can keep bringing accurate analysis and predictions to the Liberty Movement.

Posted by Donna Sorensen/jas2maui at 1:38 PM