'Multiculturalism' Under Fire in Europe, Blamed for Extremism by British BP 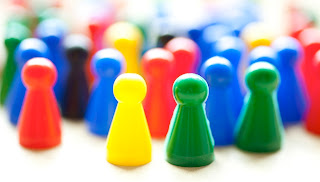 British Prime Minister David Cameron has lashed out at multiculturalism, the second time a European leaders has done so recently. Following on the heels of German Chancellor Angela Merkel, Cameron implored the West to confront extremism now.

Cameron said last weekend that letting different cultural groups -- especially Muslims -- exist in separate communities divides the nation and is not only wrong but dangerous.

“We have encouraged different cultures to live separate lives,” the center-right Cameron stated, “apart from each other and apart from the mainstream.”

Cameron's concern is that separatism allows young people to be lured into extremism, saying "the biggest threat that we face comes from terrorist attacks, some of which are, sadly, carried out by our own citizens."

One leading authority on transatlantic relations says this mentality is a “fundamental rejection” of a widespread doctrine that has failed across Britain and Europe the past two decades.

"Islamic extremists have exploited this doctrine to advance their own anti-British agenda," explains Nile Gardiner of the Heritage Foundation.  Read More
Posted by Donna Sorensen/jas2maui at 7:42 PM