The Muslim Brotherhood Has Only One Strain, An Islamic Supremacist Virus

Big Lie in Bill O’Reilly’s Obama Interview: The Muslim Brotherhood Has Only One Strain, An Islamic Supremacist Virus 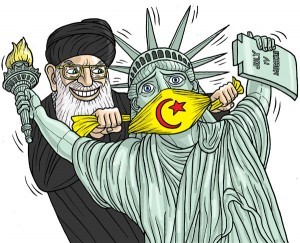 Posted on February 7 2011
by Joseph Klein

Bill O’Reilly conducted a live pre-Super Bowl interview yesterday of President Obama from the White House on Fox. Given the time constraints and the protocols governing respect for the office of the President, O’Reilly’s tone was more constrained than usual, but he still managed to elicit some disturbing insights into Obama’s thinking.

That’s like saying that there are only certain strains of a dangerous virus that will kill us immediately as opposed to causing a long painful illness. Could Obama be hoping for something in his Obamacare legislation that will provide a cure?  Read More
Posted by Donna Sorensen/jas2maui at 10:55 AM