"Our economy, our culture, our entire world, is built upon debt." 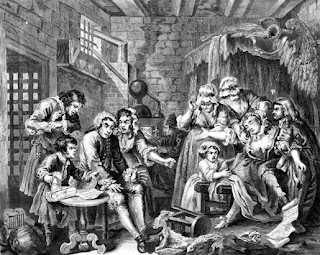 Tense and terrible times inevitably summon an odd coupling of two very different and difficult human conditions; honesty, and brutality. Certain painful truths are revealed, and often, a palpable fury erupts. Being that times today are particularly tense, and on the verge of being spectacularly terrible, perhaps we should embrace both conditions in a constructive manner, and become brutally honest with ourselves. This begins by admitting to that which most ails us. It begins by admitting how far we have fallen…

Our economy, our culture, our entire world, is built upon debt. No one ever asked us if that’s how we wanted it, it is simply how the system was designed when we came into it. Many of us have lived our entire lives under the assumption that debt is a necessary function of daily commerce and a valuable driver of successful society. Most households in America operate at a steep loss, trapped in constantly building cycles of liability and interest. There are even widely held schools of economic thought that are centered completely on the production and utilization of nothing but debt. Only recently have many people begun to ask themselves what the tangible benefits are (if any) in being dependent on debt based finance.

After careful examination, it becomes evident that debt does not fuel economy, it suffocates it. It does not nurture growth, it stunts and poisons it. Extreme debt is not a fundamental organ in a body of commerce; it is an aberration, a spreading cancer which disrupts the circulation of healthy trade. Debt is, in large part, unnecessary.  Read More
Posted by Donna Sorensen/jas2maui at 9:44 AM