Israeli MK: We Can No Longer Rely on the White House, Obama Doesn’t Lead, He Follows… 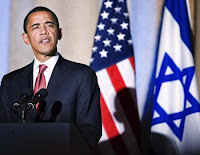 Israel can no longer rely on the White House and must trust only itself due to a lack of leadership on the part of President Obama, declared a Knesset member from Prime Minister Benjamin Netanyahu’s ruling Likud party.

“We have to understand that if, God forbid, we will be in the case of trouble, we can trust only ourselves because we see a lack of leadership coming from the U.S. today,” said Likud Knesset Member Danny Danon.

“And we should be worried about it, because we always think, well, we have a friend in the White House, we can call them when we are in need, and we see that is not the case,” said Danon, the deputy speaker of Israel’s parliament.

Danon was speaking in an interview with reporter Aaron Klein in the latter’s investigative program on New York’s WABC Radio.

Following weeks of unrest targeting Mubarak’s regime, Obama called for the U.S. ally to allow for the immediate transition to democracy, leading to Mubarak’s resignation.

“We don’t see a leadership role of the American president and actually they (the Obama administration) are following what is happening in the Middle East. On the one hand, they support Mubarak; the next day they are against him.”

Danon added, “Frankly speaking, unfortunately we see a lack of leadership coming from Washington. They don’t actually take decisions. They follow, and they look at the news and then they deliver statements to the media.”  Read More
Posted by Donna Sorensen/jas2maui at 7:29 PM