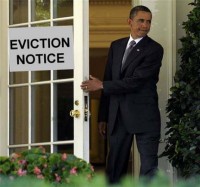 According to urban myth, formerly known as the US Constitution, only a natural born citizen can be President i.e. one born on US soil of parents both of whom are US citizens.

Unfortunately, the entire American political leadership and the main stream media may only have read the Cliffs Notes version of “Dreams from My Father”, which must have omitted the fact that Barack Obama’s father was born in Kenya and, at the time of Barack’s birth, was a British subject.

At some point in time, when our fearless leaders in Congress and our non-partisan press emerge from their self-induced anesthesia, they might experience a Casablanca moment, “shocked, shocked” that all these years they have been victims of such a clever scam.

One can only hope that we can, in some way, capture the energy of their hand-wringing as a replacement for the domestic fossil fuel reserves we no longer exploit.  Read More
Posted by Donna Sorensen/jas2maui at 2:20 PM