"We recognize the concerns of our consumers, and the U.S. dairy industry will continue to work closely with federal and state government agencies to ensure that we maintain a safe milk supply." 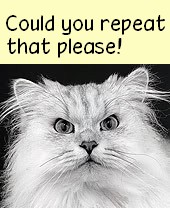 The U.S. government said Wednesday that traces of radiation have been found in milk in Washington state, but said the amounts are far too low to trigger any public-health concern.

In an interview with the Wall Street Journal, Japan's Chief Cabinet Secretary Yukio Edano said the government is working to bring the current nuclear crisis to a close without compromising the health of the Japanese people.

The Environmental Protection Agency said a March 25 sample of milk produced in the Spokane, Wash., area contained a 0.8 pico curies per literlevel of iodine-131, which it said was less than one five-thousandth of the safety safety guideline set by the U.S. Food and Drug Administration.

The EPA said it increased monitoring after radiation leaked from Japan's Fukushima Daiichi nuclear plant. It expects more such findings in coming days, but in amounts "far below levels of public-health concern, including for infants and children.   Read More
Posted by Donna Sorensen/jas2maui at 8:35 PM