"The U.S. war in Afghanistan is a terrorist enterprise. By employing these tactics of terror, the Pentagon seeks to force Afghan peasants to end their resistance to foreign occupation." 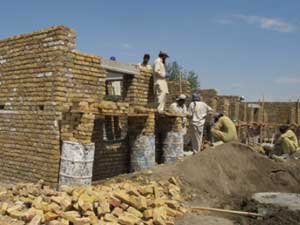 “You can’t just convince them through projects and goodwill,” another Marine officer said. “You have to show up at their door with two companies of Marines and start killing people. That’s how you start convincing them.”

This was the comment made by a Marine officer to the Washington Post for its April 16 story about “signs of progress” for President Obama’s surge strategy in southern Afghanistan.

The officer was discussing how the U.S. strategy succeeded in the signing of a security pact between elders of the Alikozai area in southern Afghanistan and the U.S.-backed Karzai government.

Many hundreds of young men from the Alikozai area were killed in an onslaught by U.S./NATO troops in months leading up the agreement, according to the Washington Post account.

“We started stacking bodies like cordwood,” said an officer in Sangin, who like other Marines asked for anonymity to speak frankly. “And they came to a point where they said, ‘Holy [expletive], there aren’t that many of us left.’ ”

The Washington Post is an enthusiastic supporter of the expanding war in Afghanistan. The newspaper editorial policy insists that the war is necessary for an improvement in the lives of average Afghans.
Read More
Posted by Donna Sorensen/jas2maui at 9:32 AM