"Soros is saying that a washed-up America should be replaced by a world government with a global currency under UN rule." 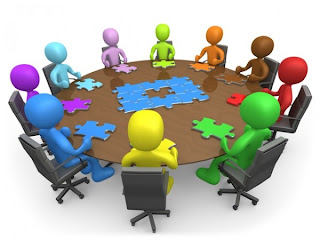 Internationalist billionaire George Soros is holding his international conference April 8 to April 11 at Bretton Woods, N.H., the noted birthplace of the World Bank and the International Monetary Fund, where he plans to “rearrange the entire financial order,” as he noted in a November 2009 article in The Japan Times Online.

This “Bretton Woods II” comes along just as the Trilateral Commission will be meeting at the same time in Washington, D.C. With an apparent goal of creating nothing less than a new global economy, Soros is spending $50 million in New Hampshire to bring together up to 200 academic, business and government policy leaders under his Institute for New Economic Thinking (INET).

Soros chose this site because he expects his proposed reforms to be as radical as those promoted by British economist John Maynard Keynes, the much-praised “genius” of the original Bretton Woods project.

Keynesian economics have been portrayed as a cure to the Western world’s postwar devastation, in that governments were liberated of money creation restrictions imposed by the gold standard, even while global financiers controlled much of the world’s gold like they do now. Governments, under the new paradigm after the war, were encouraged to promote economic growth and macroeconomic stability by creating more debt-based money for everything that ailed the economy—debt that has brought most of the world’s economies to the brink of bankruptcy.  Read More
Posted by Donna Sorensen/jas2maui at 10:20 AM