The direction of totalitarianism...Our world is literally becoming a prison grid. 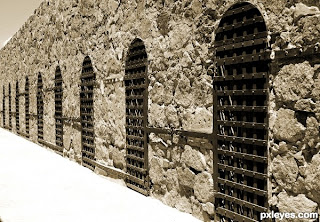 Do you want your children and grandchildren to live in a futuristic "big brother" control grid where everything they do is watched, recorded, tracked and tightly controlled? Well, that is exactly where things are headed. We witnessed some really bad totalitarian regimes during the 20th century, but what is coming is going to be far more restrictive than any of the despots of the past ever dreamed was possible. Today, nearly every government on earth is tightening their grip on their citizens. Paranoia has become standard operating procedure all over the planet and nobody is to be trusted. Global politicians will give speeches about liberty and freedom even as they undermine them at every turn. There are very, very few nations on the planet where liberty and freedom are increasing. Instead, almost everywhere you turn the "control grid" is getting tighter. Governments don't want us gathering together and interacting with one another. Instead, they want us to work our tails off to support the system, they want us enslaved financially and constantly drowning in debt, and they want us addicted to television and other forms of entertainment. They want us as numb and docile as possible. Meanwhile, all over the globe they continue to construct a futuristic "big brother" control grid that will ensure that they will always be able to control us.

Sadly, this is not the plot to some post-apocalyptic science fiction movie.

This is really happening.  Read More
Posted by Donna Sorensen/jas2maui at 9:52 AM