Oath Keepers To Rally Over SWAT Shooting Of Marine Veteran

"CALLING ALL OATH KEEPERS, ALL VETERANS, ALL PATRIOTIC POLICE OFFICERS, ALL GUN OWNERS, AND ALL LIBERTY LOVING AMERICANS." 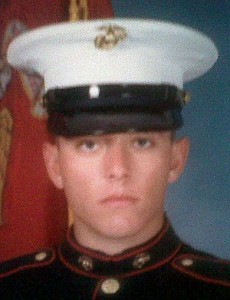 Tucson, Arizona, May 30, 2011 March and rally from 9am to 3pm, followed by formal indoor meeting with speeches and additional memorial ceremonies into evening.

This is an urgent call-out to all Oath Keepers, all veterans, all patriotic police officers, all Americans who cherish our liberty and our Constitution, and to all liberty leaders and patriotic organizations to join us in Tucson, Arizona this Memorial Day, May 30, 2011 to take a stand in defense of our Constitution, which our war dead fought to defend, and to take a stand against the egregious policy of using SWAT teams to serve search warrants on veterans and gun owners with no violent criminal history.

As you may know, on May 5, 2011, a young 26 year old Marine veteran who had survived two tours in Iraq, and father of two, Jose Guereña, was killed in a SWAT raid in Tucson, Arizona (see below news articles for details). At approximately 9:30 am, two hours after he hit the rack after working a twelve hour graveyard shift at an Arizona mine, his wife woke him by yelling that there were men with guns outside (she had seen a man outside the window pointing a gun at her). He told her to take their four year old son and hide in a closet, grabbed his AR-15, and stepped out into the hallway of his home just as his front door was
battered in.  Read More
Posted by Donna Sorensen/jas2maui at 10:20 AM