"From here on out, we make our own destinies. Make yours a good one…" 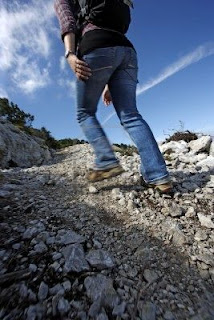 The trading of goods without the use of paper currency is not a difficult concept. People all across the country do it everyday. Barter, in its simplest sense, is not dead, and never will be. However, the organized use of barter as an alternative to the mainstream economy; THAT is something America has all but forgotten. One serious problem that I consistently seem to run into is the assumption that barter needs “backers”, meaning, many people believe the existing methodology of business must be the driver for barter to become “big” again. For decades, barter organizations of every shape and size have been so focused on pursuing a centralized corporate profit model that they forget the foundation of success in barter is the strength of the individual participants. This is why we have seen so many false starts and failures in localized commerce initiatives. It is the same reason why many existing barter groups remain in a sort of stasis, unable to grow, frustrating organizers and members alike. Liberty Dollar, for instance, was so centralized that a single federal raid was all that was needed to dismantle Bernard von NotHaus’ accomplishments and his years of effort.  Read More
Posted by Donna Sorensen/jas2maui at 4:06 PM