"Hope for the best, plan for the worst… but then live life to the fullest" 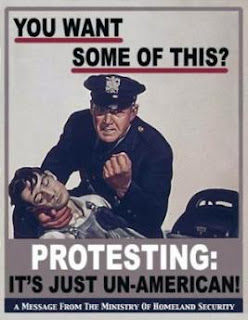 June 13, 2011
By David Galland, Casey Research
I just had a conversation with constitutional lawyer and monetary expert Dr. Edwin Vieira. I first became acquainted with Dr. Vieira, who holds four degrees from Harvard and has extensive experience arguing cases before the Supreme Court, at our recent Casey Research Summit in Boca Raton, where he spoke on how far off the constitutional rails the nation has traveled. Here is a summary of what he told me…

Dr. Vieira and I covered a lot of ground in our lengthy conversation, most of it related to the U.S. monetary system – its history, nature, and likely fate. But in between the details and analysis of how it is that the nation’s fiscal and monetary affairs have deteriorated to the current dismal state – and how the global sovereign debt crisis is likely to be resolved – a couple of deeply concerning truths emerged.

Concerning because, taken together, these truths have set the stage for a full-blown police state.
Read More
Posted by Donna Sorensen/jas2maui at 10:35 AM