Spending Insanely While the Economy Collapses

"When you see corruption being rewarded and honesty becoming a self-sacrifice—you may know that your society is doomed." 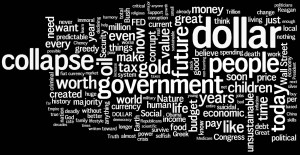 America is a sovereign nation, a constitutional Republic that will celebrate the 235th anniversary of its declaration of independence in 1776 and the 223rd anniversary of its Constitution which became effective when the State of New Hampshire became the ninth State to ratify it in 1788.

By most indications it is a nation in its death throes. Its original values and virtues are being jettisoned and that is always a sign of internal rot. The passage of a law legalizing gay, same-sex marriage in New York State is just one example. It becomes the sixth State to do so.

Families are regarded as the keystone to a healthy society. When they begin to disintegrate or are redefined as same-sex, most observers conclude that a range of social problems will ensue.
Read More
Posted by Donna Sorensen/jas2maui at 10:57 PM