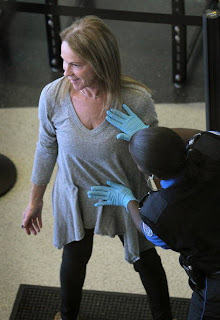 Texans outraged by repeated attempts on behalf of state representatives working in consort with the federal government to kill legislation that would ban invasive TSA groping are set to launch a ‘citizen filibuster’ that seeks to pressure public servants into following the will of the people.

Despite the fact that the anti-groping legislation in Texas passed the House unanimously last month and also looked set to sail through the Senate, repeated dirty tricks by the likes of Speaker Joe Straus and Lt. Gov. David Dewhurst have sabotaged a bill that merely seeks to reinforce laws already codified in the Fourth Amendment.

With lawmakers going AWOL for a vote on the legislation Friday, we have now learned that a hearing by the Texas House State Affairs Committee scheduled to take place today has been cancelled and the bill is all but dead. The legislation is likely to be replaced with a toothless Joint House Resolution that does little to address the epidemic of TSA abuse, most recently characterized by an incident in which TSA goons forced a 95-year-old sick woman to remove an adult diaper for screening, and merely recommends that Congress pick up the baton.  Read More
Posted by Donna Sorensen/jas2maui at 12:36 PM