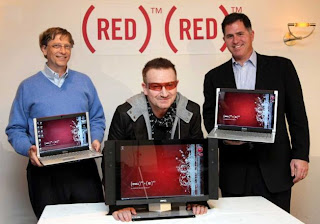 January 27, 2011
(NaturalNews) Investigators working on behalf of the Global Fund to Fight AIDS, Tuberculosis and Malaria, a United Nations (UN) alternative funding organization, have found that much of the group's $21.7 billion development fund has been lost to corruption. The celebrity-endorsed financing institution's inspector general's office found that in some countries, up to two-thirds of grant money has been misappropriated or stolen.

The office has only audited a small portion of the $10 billion that has been distributed since 2002, but what it has found thus far is shocking. In Djibouti, for instance, 30 percent of grant money could not be accounted for or was misused. Thirty-six percent of funds provided to Mali to fight tuberculosis and malaria were misspent. And an astounding 67 percent of anti-AIDS money given to Mauritania was lost to fraud.
Read More
Posted by Donna Sorensen/jas2maui at 9:57 AM