Obama's State of the Soviet Union 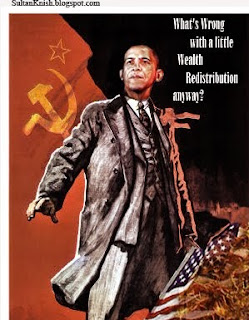 When the applause had died down and the softly glowing screen of the teleprompter faded to black, the echoes of the Leninist cadences of Obama's State of the Union address, "We must out-educate, out-compete, and out-innovate the rest of the world", "We have broken the back of the recession" and "We can't win the future with a government of the past" suggest that we are now living in a land without history.

How else could Obama get up and deliver an address whose rhetoric represents a 180 degree turn, while the substance continues down the same track. The meat of the address was stolen from Clinton's 1992 campaign stump speeches on the economy. There is the same invocation of personal stories of unemployment combined with promises of replacing the old bad manufacturing jobs with free educations for everyone. But Clinton was better at pretending to be one of the boys, a working class man who only got out thanks to a good education. Obama's people must have known that dog wouldn't hunt.  Read More
Posted by Donna Sorensen/jas2maui at 10:23 AM