***I lived in the San Francisco Bay Area (mostly Berkeley) for 30 yrs...through the 50s, 60s and early 70's.  All through the 50s Berkeley was a clean collegete beautiful town.  The 60s changed everything...Berkeley became a dirty town with bars on store windows...the atmosphere of innocence lost forever. 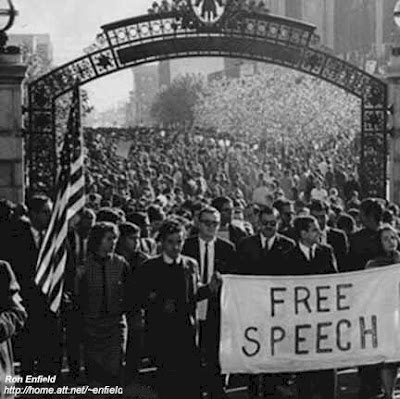 I have noticed fewer people around town this past weekend. First I thought it was because of the Presidents Day holiday. Then I realized it was because anarchists were being bused into Wisconsin! More for them, and fewer for us!

The Midwest is getting a bit of a taste of Berkeley life. I'm guessing they are not liking it one bit. The violent, hostile vibe wouldn't sit well with decent Midwestern folks.

Of course, around Berkeley, riots are nothing new; there are street uprisings whenever the spirit moves people.

On Telegraph Avenue, the poor merchants have endured impromptu mayhem for decades. I say "poor" merchants for a reason: most of them are struggling, and, if you've visited the area recently, you'll find that a number of storekeepers have packed up and moved on.

When the infamous BART police shooting occurred a few years ago, there was lawlessness all over downtown Oakland. Cars were destroyed, stores ransacked and looted, and people were injured. Of course, many joined in who weren't motivated by righteous indignation, but by the promise of free jewelry and clothes.  Read More
Posted by Donna Sorensen/jas2maui at 2:02 PM