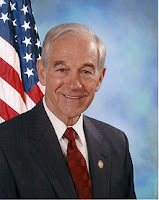 The American people have once again been suckered into an unconstitutional, undeclared, illegal, and unwise war. This is not a war in response to an attack on the United States. This is not a war against a regime that has threatened the United States. This is a preventative war. The president never claimed that any large-scale slaughter of civilians was taking place in Libya. Rather, the president has spent close to a billion dollars – so far – bombing a country because its government might at some point harm its civilians.

The president consulted NATO, the United Nations, and the Arab League for permission and authorization to use US military force against Libya. He ignored the one body that has the legal authority to grant that permission, the US Congress.

While we have not seen credible proof – nor has it been claimed – that the Gaddafi regime has engaged in any large-scale slaughter of Libyan civilians, we see increasing reports of civilians who have been killed in airstrikes by the forces that are supposed to protect them! It seems we may be causing the very problem our intervention was supposed to prevent.

After days of the administration’s public speculation about whether or not to arm the Libyan rebels, we hear from the media that the president already instructed the CIA to arm and assist the rebels several weeks ago. So we have gone from the phony pretext of stopping a massacre of civilians to engaging the US military and covert operatives directly to fight on one side of a civil war.

Who are the rebels we are fighting for in Libya? We don’t fully know. Press reports suggest that there are some 1,000 jihadists fighting on their behalf. Are we arming al Qaeda in Libya? It certainly appears possible.

This is not really a new war. It is in fact a continuation of the neoconservatives’ 22-year war to remake the Middle East. Unfortunately the president has ignored the US constitution and decided instead to continue this misguided policy. This is a deeply flawed foreign policy that will only lead to escalation, blowback, and unintended consequences. Ultimately it is leading us to financial catastrophe. We must abandon the fantasy that we can police the world before it’s too late. Congress must stand up and say “no” to this illegal war.
Posted by Donna Sorensen/jas2maui at 11:30 AM