Much Of Northern Japan Uninhabitable Due To Nuclear Radiation?

Already there are indications that areas beyond the evacuation zone will soon be unlivable as well as Stephen Lendman recently noted.... 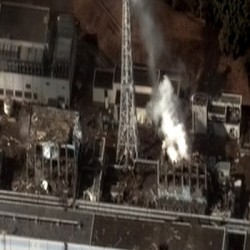 With no resolution to the crisis in sight, the damaged facilities at Fukushima continue to pump massive amounts of nuclear radiation into the surrounding environment every single day. So will much of northern Japan end up being uninhabitable due to nuclear radiation? Everyone agrees that the area immediately around Fukushima will be uninhabitable indefinitely. The only question is how large of an area around Fukushima is eventually going to be considered unlivable. This week authorities in Japan finally raised the crisis at Fukushima up to a level 7 disaster on the international scale. In fact, they are now telling us that the total release of radioactive material will likely surpass that of the Chernobyl disaster. Chernobyl was incredibly nightmarish and there are still vast areas around Chernobyl that are basically uninhabitable. But Chernobyl only burned for 10 days. The crisis at Fukushima could end up lasting for many months. Keep in mind that radiation is cumulative. Every single day the total amount of radioactive material that the world is dealing with because of Fukushima just continues to increase.  Read More
Posted by Donna Sorensen/jas2maui at 10:15 PM