"It has been said that those that sow the wind, shall reap the whirlwind.

We are about to experience the consequences of decades of really bad decisions." 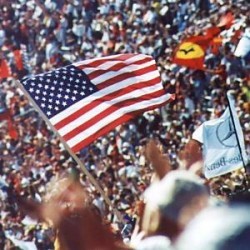 Right now, we are witnessing a truly historic collapse of the economy, and yet most Americans do not understand what is going on.  One of the biggest reasons why the American people do not understand what is happening to the economy is because our politicians and the mainstream media are not telling the truth.  Barack Obama and Federal Reserve Chairman Ben Bernanke keep repeating the phrase "economic recovery" over and over, and this is really confusing for most Americans because things sure don't seem to be getting much better where they live.  There are millions upon millions of Americans that are sitting at home on their couches right now wondering why they lost their jobs and why nobody will hire them.  Millions of others are wondering why the only jobs they can get are jobs that a high school student could do.  Families all across America are wondering why it seems like their wages never go up but the price of food and the price of gas continue to skyrocket.  We are facing some very serious long-term economic problems in this country, and we need to educate the American people about why the collapse of the economy is happening.  If the American people don't understand why they are losing their jobs, why they are losing their homes and why they are drowning in debt then they are going to keep on doing all of the same things that they have been doing.  They will also keep sending the same idiot politicians back to Washington to represent us.  There are some fundamental things about the economy that every American should know.  The American people need to be shocked out of their entertainment-induced stupor long enough to understand what is really going on and what needs to be done to solve our nightmarish economic problems.  If we do not wake up enough Americans in time, the economic collapse that is coming could tear this nation to shreds.  Read More
Posted by Donna Sorensen/jas2maui at 11:13 AM