Charlie Chan and the Case of the Incredible Shrinking Dollar

"Ancient honorable ancestor say that, although big crime may have one desire, it often requires many to accomplish." 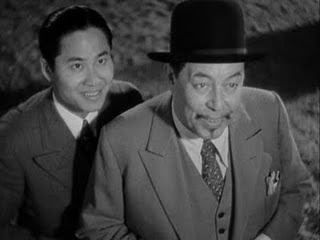 As the value of the dollar continues to decline, that legendary Honolulu police detective of yesteryear, Charlie Chan, is summoned to question several persons-of-interest.

With his Number Three Son, Tommy, Chan enters the plush, mahogany paneled meeting room at the Department of the Treasury where several likely suspects await.

In the center of a conference table, inside a tamper-proof glass box, is a single dollar bill that appears to be smaller than normal. We listen in on the conversation:  Read More
Posted by Donna Sorensen/jas2maui at 12:55 PM